When Mr Ben came to the rescue

Today’s Newsletter carries an article by Mr Ben Habib a recent champion of Unionism who has arrived on scene to rescue the union from the worst excesses of a seriously deficient Boris Johnston and the Conservative Party unable to protect Northern Ireland from those pesky Europeans.

“The Northern Ireland Protocol has been imposed on Northern Ireland without even a shred of consent from its people, let alone the cross-community consent which is at the heart of the Belfast Agreement.”

he does so without any sense of irony given that he, himself, did indeed vote to impose the Withdrawal Agreement containing the NI Protocol on the people of Northern Ireland when a Brexit MEP.

This is the same Ben Habib who is mentioned in a recent Irish News article,

Mr Habib believes "Northern Ireland has been left behind" and that the Irish Sea regulatory border has disrupted trade between Britain and the region.

"What it said on the referendum paper and what the prime minister promised in his manifesto of 2019 was that the UK would leave the EU – there was no deal that we'd leave Northern Ireland behind," he said.

"It's actually repugnant that we should leave part of the UK behind. It makes me feel sick to the core, which is why I've taken the action I've taken." Irish News 25th February 2021

“Undoubtedly the Protocol and associated border down the Irish Sea was an unnecessary and hefty concession made by the British government to get Brexit over the line. Undoubtedly it belies any claim that the UK is leaving the EU whole, in control of its laws and borders. But instead of resisting the inevitable, NI should embrace it and make it work for its own great benefit and that of the United Kingdom.”

“Many unionists now wish for the future arrangements between the EU and the UK to be as close as possible. They hope that, by diluting the effects of Brexit and staying closely aligned with the EU, they will neuter the adverse implications of the Protocol for the union of NI and GB.

They must resist the temptation to push for close alignment between the EU and UK.”

Any idea that the pure Brexit Mr Habib sought would be lessoned to protect the union was not in Mr Habib’s plan and so the economic benefits of the Protocol as seen by him were writ large for all to see:

“NI has been afforded one major advantage by the Protocol. It will be able to export goods tariff-free to both the EU and GB. This is a unique position, the advantages of which grow the greater the divergence of the UK from the EU.

NI should be the perfect home for businesses seeking to export to both the EU and GB. The British government should assist by ensuring that businesses wishing to locate in NI are able to access cost effective funding and that the tax environment for businesses in NI is made at least as accommodating as it is in Ireland. The rest would happen automatically. Indeed, with the right support NI could and should become a tiger economy within the UK.

If the NI economy does as well as it should, irrespective of the obvious drawbacks of the Protocol, there is every chance of Ireland itself aligning more closely with Great Britain, rather than NI aligning itself more closely with the EU. The border down the Irish Sea should diminish greatly as a threat to the UK’s union.”

So what has motivated Mr Habib to saddle up a white charger and come to the rescue of unionism. Perhaps a clue is to be found in an online interview with Proactive Investors, available on You Tube, on the 10th June 2016, a few days before the referendum, Habib touches on the BREXIT debate, noting he would be “very gung-ho” should the UK vote to leave the EU.

“If we get a vote for BREXIT and if the commentators are right that sterling will weaken and the markets will go into a degree of volatility, we’ll be looking at that as a really great opportunity to buy assets in the UK,” he says.

Of course Mr Habib is first and foremost a businessman indeed while an MEP he apparently earned more from his main employment than any other MEP. His business model was highlighted by BBC Newsnight on Jul 16, 2019 when Emily Maitlis pointed out: “You line your own pockets with everyone else going bust”

Mr Habib depends on volatility and disruption to create the markets conditions in which he thrives. Resolving issues with the Protocol doesn’t deliver for Ben, in fact the Trade and Co-operation Agreement doesn’t deliver for Ben despite the disruption so far. What delivers for Ben is winding things up to create the circumstances where the UK and EU revert to a no deal Brexit over NI. By the way even Ben admits that in those circumstances the Withdrawal Agreement remains.

Should Mr Habib arrive at the offices of the Dept of the Economy with plans for a factory to build gull-wing door cars which can travel in time in a factory on the Shankill there will be unionists who hail him as a hero. I will not be one, like many before he is not here for us, he is here for himself and the profit he can make. When he is done he will be gone and we will have to pick up the pieces of whatever he leaves behind. 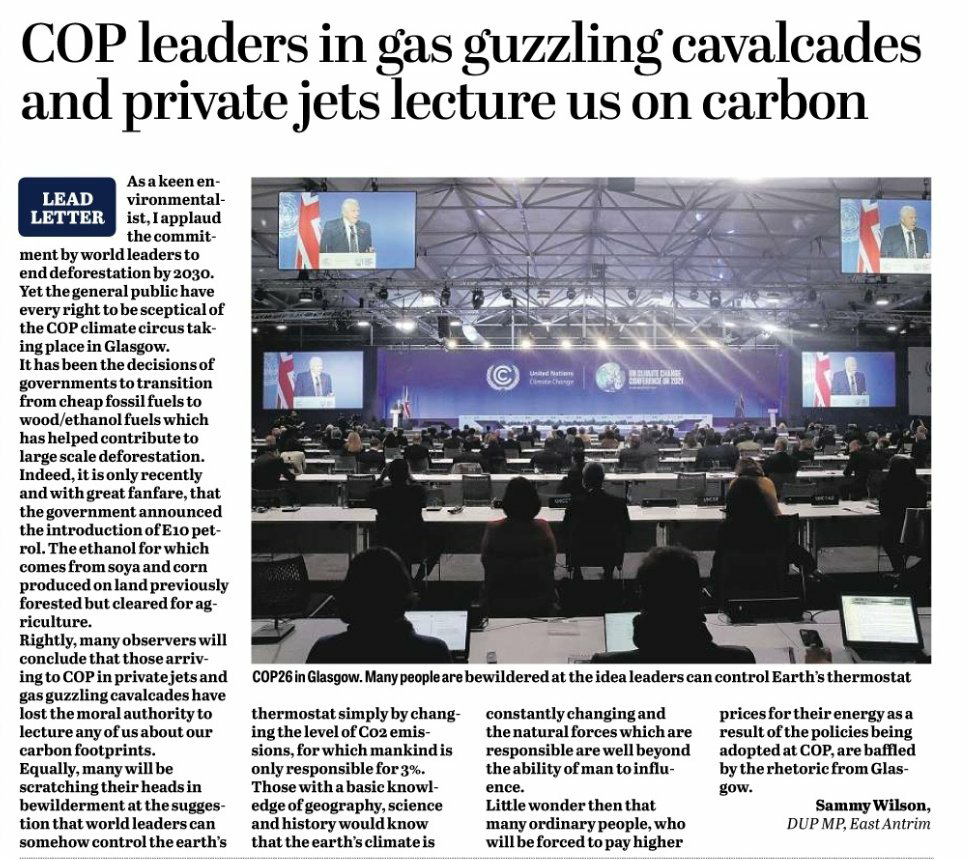